Citrinin is a naturally occurring fungal metabolite produced by several species of the genera Penicillium and Penicillium which causes kidney and liver damage. Citrinin has been found to be mutagenic in hepatocytes and has been implicated as a potential cause of human Endemic Balkan Nephropathy as well as porcine nephropathy. Because of concerns over citrinin contamination, Japan has issued an advisory limit of 200 ppb and the European Union has a recommended limit of 100 ppb. 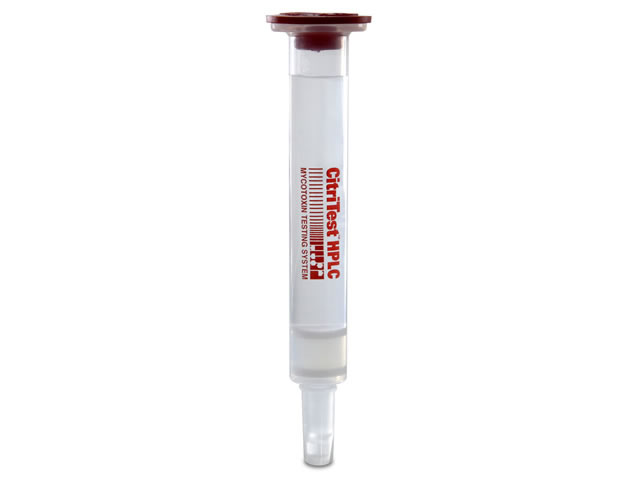 
CitriTest LC is a quantitative approach to the detection of citrinin in Kogi Red Rice and corn that uses monoclonal antibody-based affinity chromatography. An ideal cleanup step for any LC or LC-MS/MS, CitriTest LC provides precise numerical results in parts per billion levels - no other test comes close for speed, quantification, and specificity.
