Deoxynivalenol (DON) is also known as vomitoxin because of its impact on livestock through interference with animal growth and acceptance of feed. DON has been implicated in moldy corn toxicosis of swine. DON is often present with other mycotoxins and has been isolated from grains and feeds throughout the world at levels as high as 92 ppm. Because of concerns about DON, the United States FDA has instituted advisory levels of 1 ppm for wheat products for human consumption, 5 ppm for grain products for most animal feeds and 10 ppm for grain products for cattle feed. The European Community has regulations for DON levels that range from less than 0.2 ppm in processed cereal based foods for infants and young children to less than 1.75 ppm for unprocessed wheat. 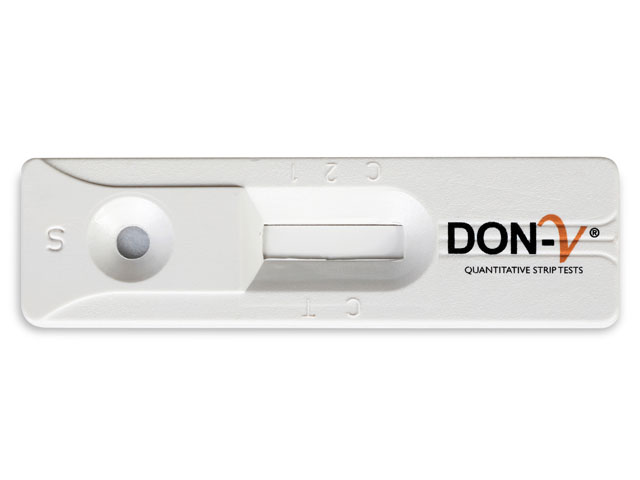 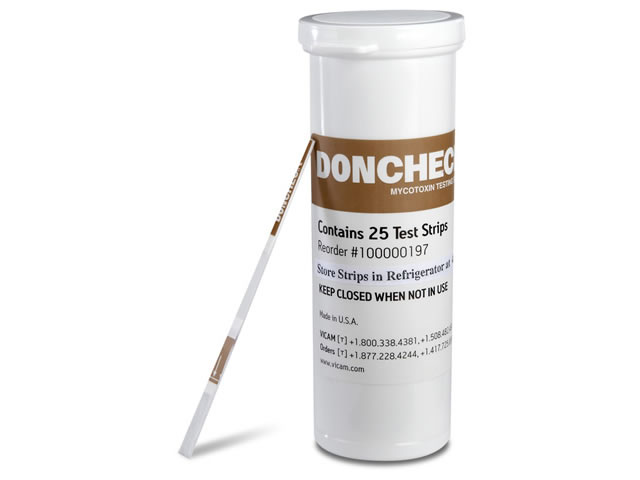 
DONCheck is a simple qualitative test for deoxynivalenol (DON), a common mycotoxin found in cereal grain samples. DONCheck Test Strips provide fast, accurate, on-the-spot results with no special training or expensive equipment required. DONCheck is designed for ease of use in the field or in the lab testing environment. Simply dip the Test Strip into the sample and visually read the results. 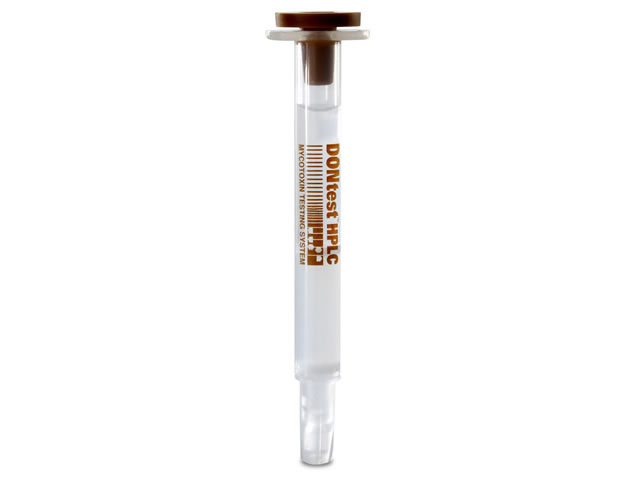 
DONtest LC is a quantitative approach to laboratory detection of DON (also known as deoxynivalenol or vomitoxin) in parts per million (ppm) levels. Safe, rugged and reliable for use in food and agricultural testing labs around the world, DONtest LC isolates and purifies DON prior to injection to the LC or LC-MS/MS for detection. 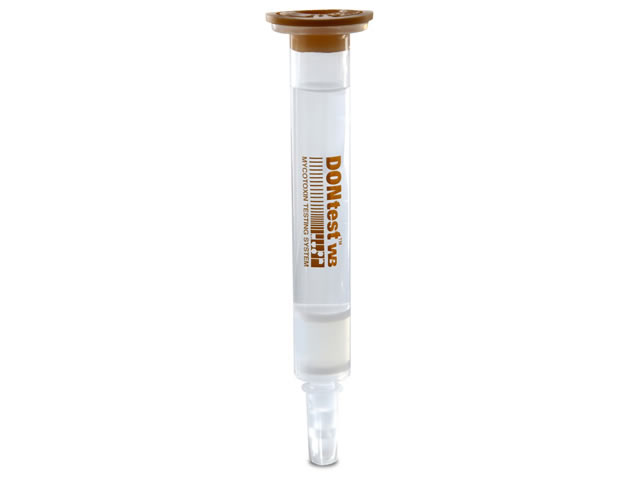 
DONtest WB is an antibody based sample preparation approach for LC or LC-MS/MS detection of DON at parts per million (ppm) levels using wide bore immunoaffinity columns. Simple, accurate and reproducible, DONtest LC features a 3 mL column bed, enabling a faster flow rate and is the ideal cleanup step for any analytical laboratory responsible for the detection of DON. 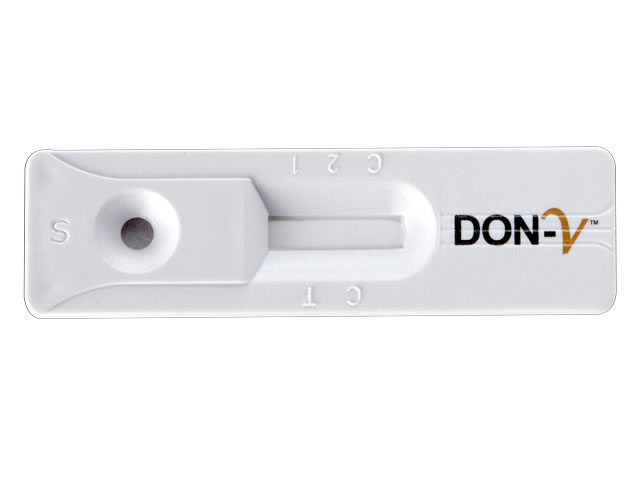 
DON-V strip tests detect and measure total DON in grain and feed at levels as low as 0.20 ppm. The single-dilution sample preparation procedure saves time and materials, and the test takes less than 5 minutes* to complete. 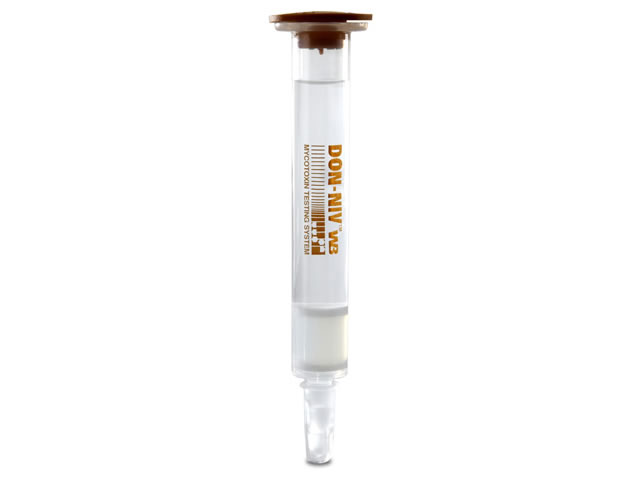