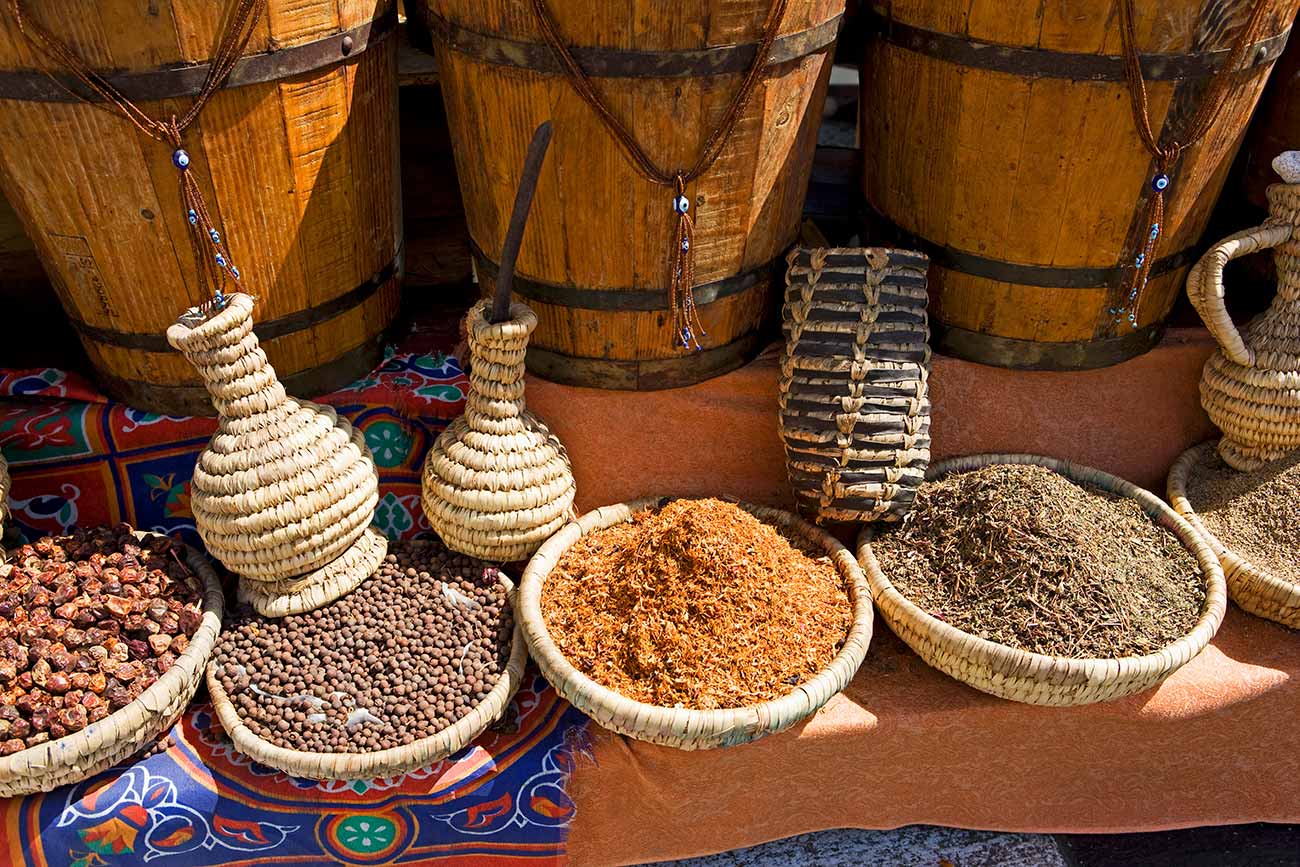 Spices whisper delicious secrets from our past. Lean in closely and they weave a historic tale of intrigue, exploration and global transformation – can you hear it?

When you think of spices, what comes to mind? The earthy, floral scent of saffron? The strong and hearty flavors of garlic and onion from a divine curry? How about cinnamon? A spice so common that as you sprinkle it on your oatmeal, you don’t realize you’re probably consuming Cassia, a close and less costly relative. “True cinnamon” is sweeter, softer and culled from the inner bark of a tree found only in Sri Lanka and southeast India.

Spices flavored, colored and preserved food in the ancient world, but they were important for other reasons too. Cosmetics, dyes, ointments, religious rituals and embalming processes incorporated spices and increased the demand for these rare and valuable commodities.

Wealth and privilege have their advantages, but in the ancient world even royals and aristocrats were burdened by the high cost of spices – black pepper was literally worth its weight in gold. Cinnamon held fifteen times the value of silver by weight – 350g of true cinnamon could purchase 5Kg of silver. The Roman Emperor Nero is said to have burned a year’s worth of cinnamon at the funeral of his second wife – an extravagant act meant to signify the depth of his grief.

Savvy spice traders hid the origins of spices from early Egyptian and European buyers using fearsome stories and clever marketing strategies. Mythical, bird-like creatures built nests using large pieces of cinnamon, they claimed, and a cunning plot designed by the traders was used to destroy the nests and gain access to the cinnamon. Belief in such tales was strong in the ancient world and soon a monopoly was born. High prices and the belief that access to spices was scarce held sway over much of human civilization until explorers set out to discover faster routes to India. En route, they discovered the New World.

Centuries of intrigue, wars, exploration and innovation have culminated in the global spice market which today equates to 1M tons and $ 3.2 Billion USD annually. Strong growth is anticipated due to an increased demand for convenience foods, new spices and flavors, a growing knowledge and fascination with ethnic cuisine and scientific research which is beginning to prove what our ancestors always knew – spices are good for you.

Interest in food safety, sustainability and traceability has created an atmosphere of collaboration among spice-growing regions. India, China, Indonesia and Madagascar are major exporters, with India exporting 50 varieties of spices to 150 countries. Last year, India created the new World Spice Organization (WSO), based in Kochi, Kerala. The WSO plans to leverage industry and academic knowledge toward the pursuit of sustainability for its substantial and growing global market.

Science and technology will continue to change the way spices are bought and sold. However, it is the pungent, sweet, sour and fiery flavors that will remind us that they helped change the course of history - if we lean in closely and listen.

More From Our Blog